Starting Over ... Growing a Vineyard 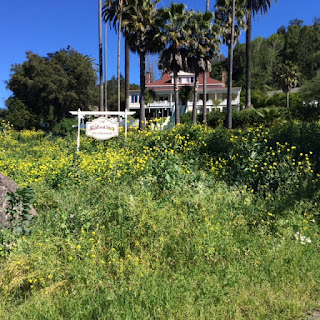 Starting over ...Pictured here is our very vigorous cover crop where the grapevines used to be. It has now been mowed down and will be tilled in to prepare for planting 450 Pinot Noir plants in a month or so. We will terrace the slope and put in stakes, so the vines will be trellised. The old vines were just too tired and unable to flourish after 4 years of drought, so a consultant recommended we start over. Pinot Noir does better in our area, so we chose to change to that variety. We are planting Uber vines, that are already established one year old vines. That will give us a head start on the grapes, so we could have a harvest in 2019 or 2020.
Posted by rafordinn at 10:23 PM No comments: 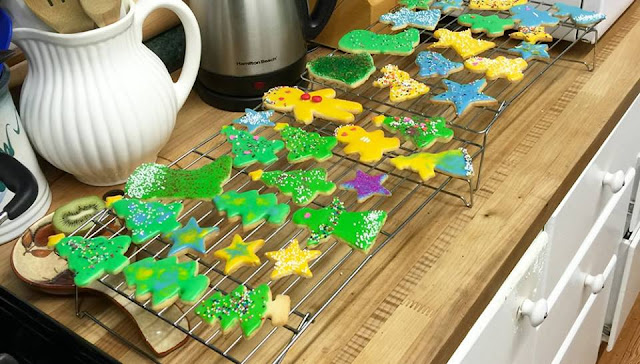 Directions:
In a large bowl combine flour, baking powder and salt.
With an electric mixer, cream butter and sugar until light and fluffy. Beat in egg and vanilla. With mixer on low, gradually add flour mixture; beat until combined. Divide dough in half, flatten into disks and wrap in plastic; freeze until firm, at least 20 minutes.

Bake, rotating half way until edges are golden, about 10 minutes. Cool completely on wire racks. To ice cookies, spread with the back of a spoon. let icing harden about 20 minutes, decorate as desired.

Directions:
Mix until icing holds a ribbon like trail on the surface of the mixture for 5 seconds when you raise the paddle...this may take 10 minutes or more at medium speed.
Posted by rafordinn at 11:52 PM No comments: 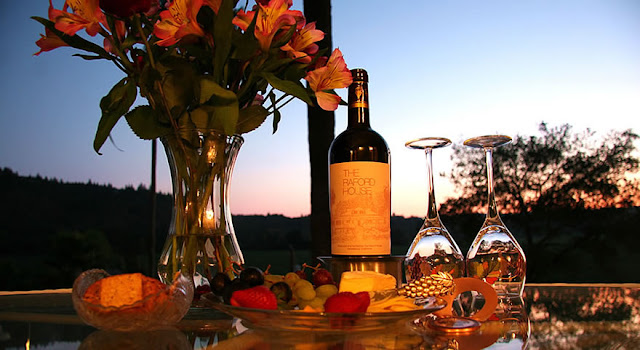 Winter Greetings to our Guests!

We have just passed our 11 year mark as innkeepers of Raford Inn. It is a perfect time to reflect on all of the highs and lows that come with running an inn. At the top of our "highs" list is YOU, our guests ... we have a long track record of stellar success, because of you!

We deeply appreciate the wonderful reviews, the guests who return time and again, and those of you who send your friends and family.

Where are the grapevines?
After four years of drought the frontyard vineyard had lost its struggle against infestation and the elements. So, we made the difficult decision after this year's harvest to remove the vines and replace them with a stronger more appropriate variety of Pinot Noir next spring. We prepared the soil, planted a cover crop of legumes, and laid straw over it for the winter. They went out with a bang, giving us a Double Gold medal on the 2013 Cabernet Sauvignon, and a Gold medal on the 2013 Primitivo at the Harvest Fair this Fall. Not to worry, we are left with enough reserve to last until 2020 when the new crop will be harvested. In the meantime, Dane will continue his tours for the guests who would like a better understanding on our wonderful wine culture.

Be sure to visit our specials page, facebook page and blog to stay up to date on offers and happenings.

Wishing you all the best!
Dane & Rita
www.rafordinn.com
Posted by rafordinn at 7:30 PM No comments:

Dane and friends, our employee Mathew, and 3 neighbors, finished picking the Zinfandel. It took four straight days, because it all had to be sorted carefully (many raisins, due to the hot weather). A very tedious.

We got about 1100 pounds, only half the amount of last year. However, it is tasting excellent. They pressed it today, so we can already tell it is going to be great. We will have one full barrel this year.

Posted by rafordinn at 10:50 PM No comments:


A stay at The Raford Inn is much more than kicking back on the porch with a good book. For example, we picked and crushed Pinot Noir last week, with a lot of help from our guests and friends. We picked just 80 pounds of Pinot grapes. Last year we had about 120 pounds. So the harvest is earlier and leaner than in the past. The guests love getting involved. We will pick the Zinfandel any day now. - Dane & Rita 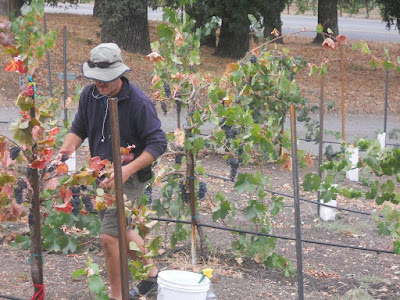 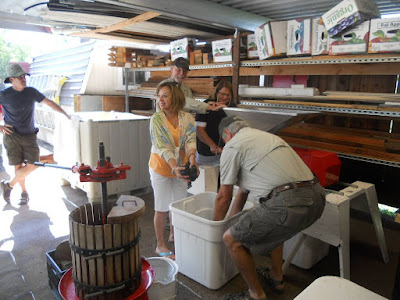 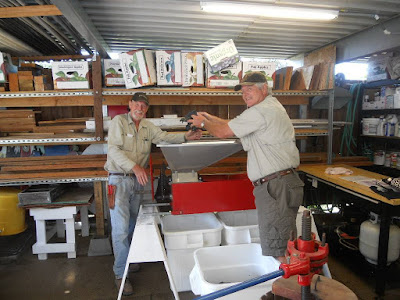 Posted by rafordinn at 11:05 PM No comments:

Summer Events
Sonoma County is known for it's fun filled event weekends.
Mark your calendars and join in the fun! 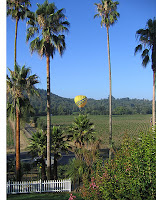 Need to get away - NOW? Receive 25% off your stay when you book within 48 hours of check-in.

Fine Print: Must mention special when booking your stay. New reservations only. Offers may not be combined. Subject to availability.
Posted by rafordinn at 1:46 PM No comments: